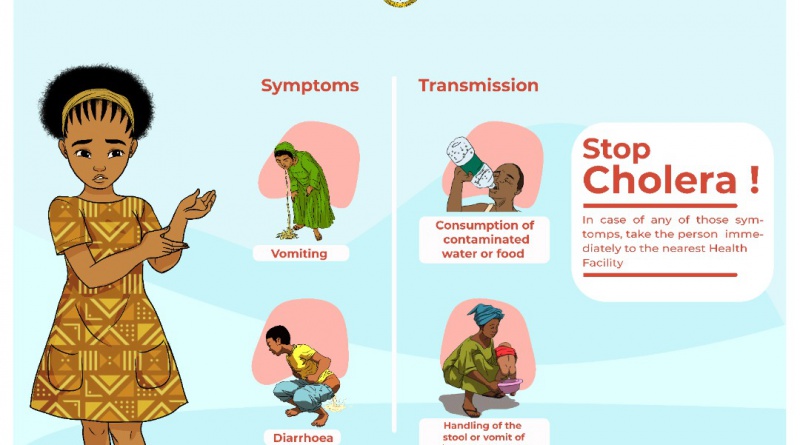 A total of 1888 Cholera cases have been reported in five regions of Cameroon. Thirty-eight of the cases were confirmed between 4th -10th March 2022,  in 24 Health Districts.

According to a weekly report from the Public Health Ministry, 55 people have died from the disease nationwide, and 24  health districts have been affected. The case fatality is 2.96% . In Cameroon, cholera affects people averagely aged 25.

Two cases, and 1 death have been reported in Yaoundé, Centre Region, for the first time. There are 6 cholera cases in the Nkoldongo and Soa Health Districts in Yaoundé.

The Centre Region now joins the four other regions where cases have been reported since the epidemic broke out in Cameroon in January.

As Cholera cases increase in the country, health experts are hinging on the use of a vaccine to fight the disease. Over 842, 100 vaccines will be administered in the Littoral Region, South West, South and Littoral Regions. The experts have encouraged Cameroonians to get vaccinated.

Cholera is a water borne disease spread by ingesting fecal matter from contaminated food or water. Symptoms include vomiting and diarrhea which can kill within hours if not treated.

Experts say washing hands before and after meals, after a diaper change, and keeping a good hygiene will keep cholera at bay. 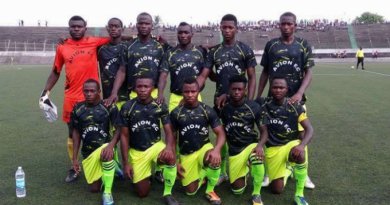