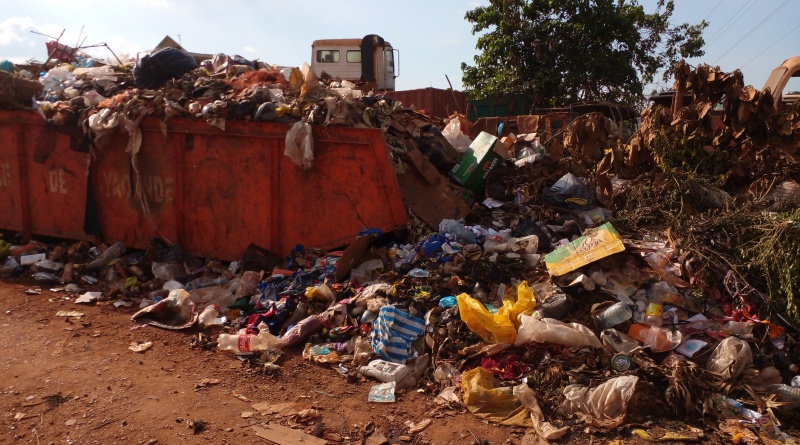 As the amount of abandoned garbage heaps across Yaounde increase due to the sit-down strike of HYSACAM workers, Environmentalists warn of the numerous risks lurking around.

An Environmental Engineer who is a specialist in water, waste management and sanitation, Mambo Tanya expatiates on the environmental consequences of litter scattered across town.

She also goes further to recommend ways to ensure better managment of waste.

“Soil pollution occurs by spilling and burying hazardous components in soil or disposing of chemicals on the soil. This is possible with overflowing dirt. We need to be watchful of how we dispose of petroleum hydrocarbons, solvents, pesticides, heavy metals and lead,” she explains.

As concerns water getting contaminated, the Engineer explains, “Water is an excellent solvent; it can contain numerous dissolved chemicals. As a result, while moving through abandoned garbage, water picks up pollution along the way. In addition to this, rainfall easily mixes with toxic liquid substances in litter and seeps into water streams to end up in nearby water bodies. Thus, the neighbourhood fountain, pond, lake or even pipe-borne water are susceptible to the dangers of contamination. Who are victims? All living organisms including us, humans.”

“Furthermore, during waste decomposition, toxins and pungent gas are released. These have a negative impact on human health as respiratory diseases can be contracted when contaminated air is inhaled,” Mambo Tanya warns.

“Harmful greenhouse gases are created from decomposing waste. These rise up to the atmosphere and trap heat. This adversely causes extreme weather reactions in the form of storms and typhoons,” the Environmental Engineer indicates.

While the inhabitants of Yaounde await the end of the HYSACAM strike action, the Environmental Engineer proposes some practical ways to better dispose of waste.

“For waste to be properly managed in our cities and country at large, the population needs to be sensitized frequently on proper waste management ethics. They should be made to understand the disadvantages and damage that poorly managed waste poses,” Mambo Tanya indicates.

She adds that people should be taught the importance of waste seperation.

“Seperating waste is the first step to promoting waste recycling,” she insists.

“This will prevent dust bins from overflowing,” she remarks.

“Finally, the population should learn to dispose of waste directly into the bin and not on the ground,” Mambo Tanya insists.

Councils on the Offensive

Some councils in Yaounde have take up the challenge to empty overflowing trash cans.

In this regard, council workers assigned to do this work could be seen working early in the morning to ensure a clean environment.

While Yaounde inhabitants await solutions to the problem of overflowing trash cans and abandoned garbage heaps, there is a call for more social responsibility when it comes to dumping dirt.

…And so while dumping dirt, picture Mbuyiseni Oswald Mtshali’s “An Abandoned Bundle” and keep the town clean. 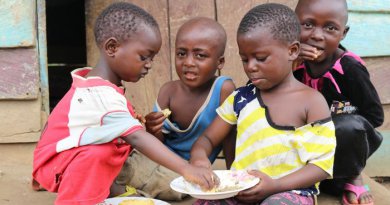 2019 Back-to-school: An IDP family relate their story of exceptional resilience 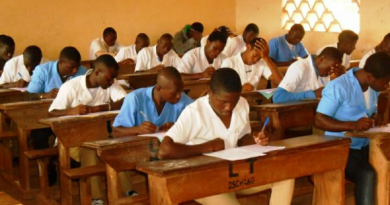