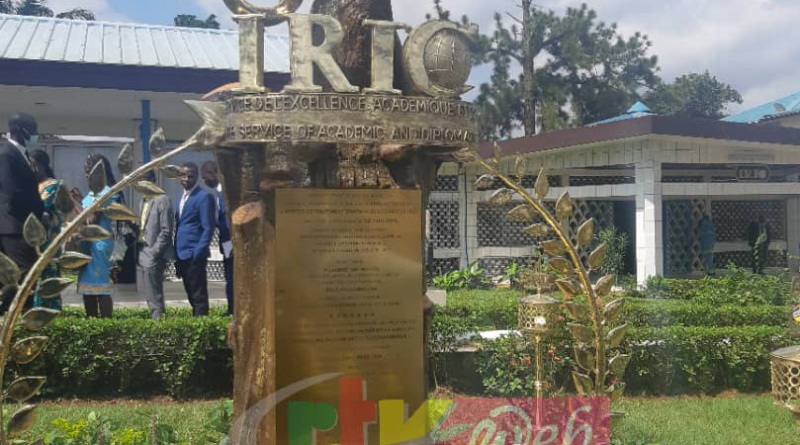 The International Relations Institute of Cameroon, IRIC is celebrating the golden jubilee of its creation in April 1971. The reference school for the training of Diplomats in Subsaharan Africa today counts over ten thousand graduates who hold strategic positions in the world’s diplomatic scene.

Some 7800 are Cameroonians while 2100 are foreigners from 48 different countries.

Opening four days of festivities Tuesday at the school campus at the Obili neighbourhood in Yaounde, the personal representative of the Head of State, H.E. Lejeune Mbella Mbella, Minister of External Relations discribed the institution as a reference in the training of Diplomats.

He extended the Head of States gratitude to the different Diplomatic missions that have contributed enormously in the success of the school.

The Minister then charged the Director of the Institution, Daniel Urbain Ndongo to increase the scope of studies in the school like the E- economy, climate change, Global pandemics and Sports diplomacy to meet up with the exigencies of the time. 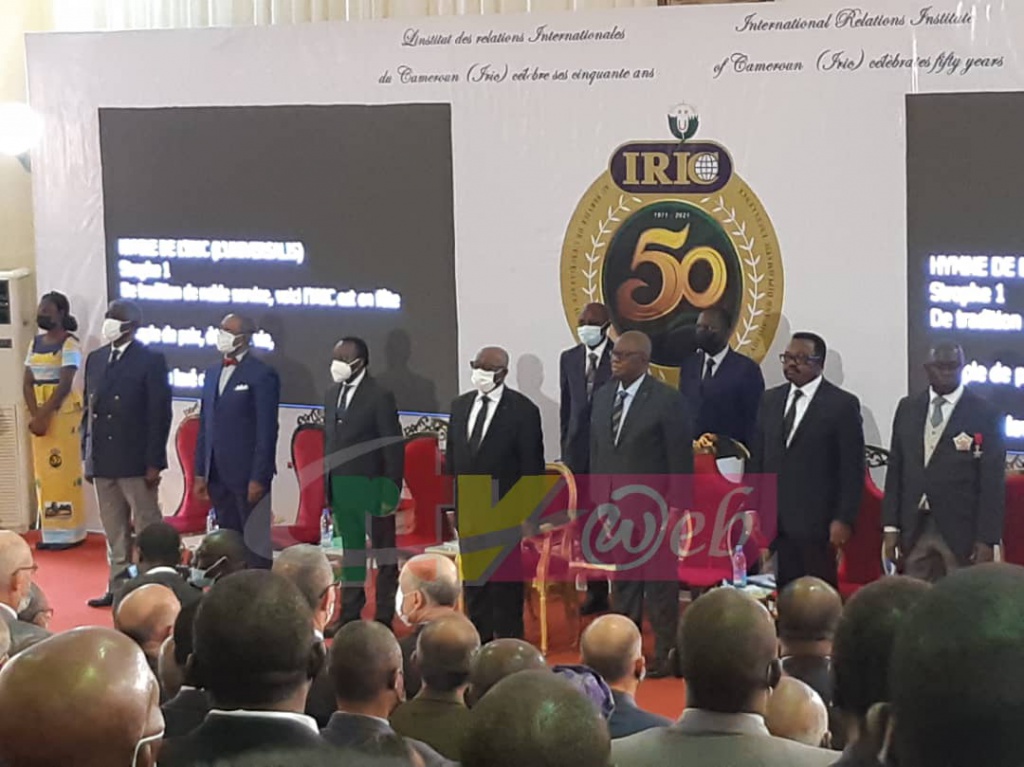 Created in 1971, about ten years after most African countries gained their independence, the Institution is one of the oldest in Sub Saharan Africa.

In November 2020, IRIC signed a partnership with the Congolese Ministry of Foreign Affairs, to train and recycle Congolese Diplomats.

A similar one was signed with Gabon in 2008, that expired but is soon to be renewed.

This explained the presence of H.E. Ismail Musa Adamu, Gabonese Minister of Foreign Affairs at the jubilee celebration. He said many of their Diplomats trained at IRIC are Ministers and top Government officials. 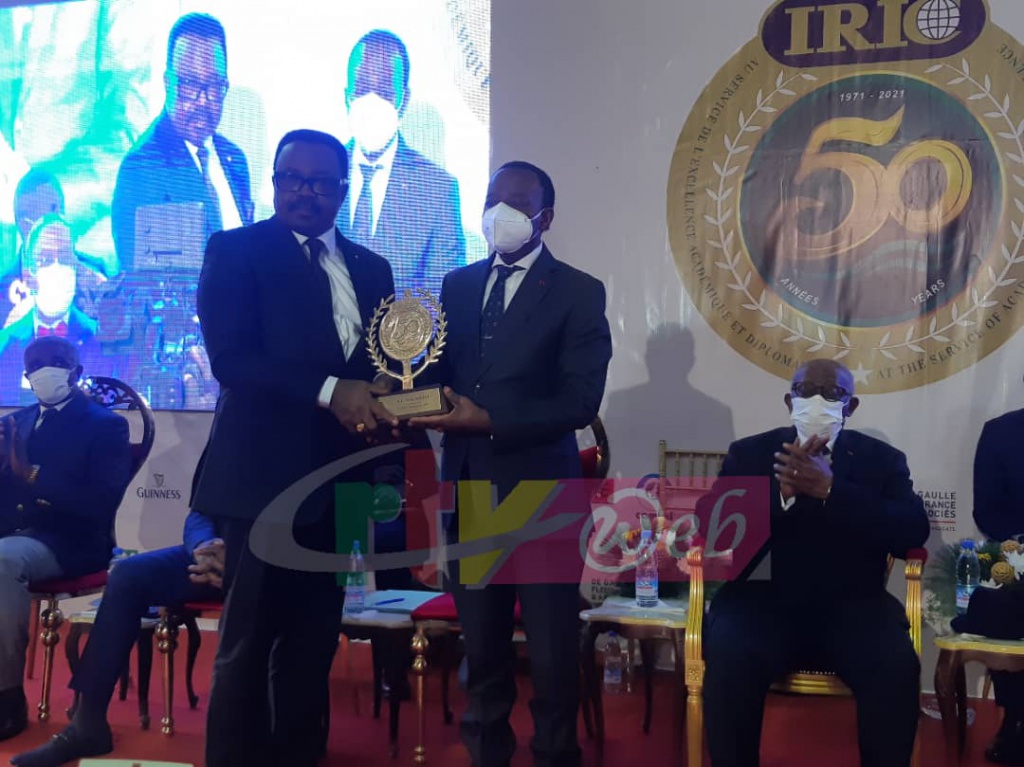 During the official opening of the celebrations, awards were given to Eleven Government Ministers including the Ministers of
– Higher Education, Jacques Fame Ndongo,
– External Relations, Lejeune Mbella Mbella,
– Communication, Rene Emmanuel Sadi
Seven past and present Directors of the school were recognized for their efforts in making the Institute what it is today.

Presently 1438 students and interns are undergoing training at IRIC. Several Heads of Diplomatic missions, Government officials, former and current students witnessed the inauguration of the monument of Academic and Diplomatic excellence constructed by artists from the institute of Fine Arts Foumban.

The design of the “tree of knowledge” with gold colours and students at the top indicate that “IRIC has reached the age of maturity” The Director of the school said. 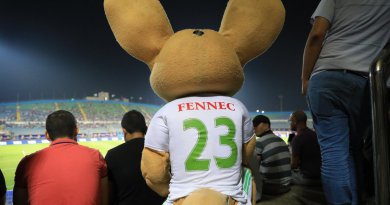 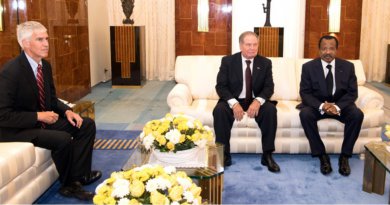