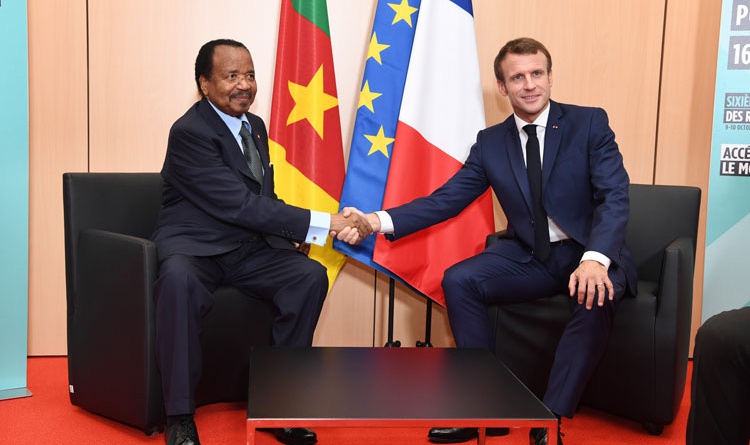 Cameroonians are bracing up to welcome the President of the French Republic, Emmanuel Macron who pays an official visit to Cameroon from July 25 to 27, 2022 on the invitation of President Paul Biya.

Prior to the visits, streets sides are being given a new coat of paint and flags of Cameroon and France install at strategic junctions illustrating the vibrancy of relations between the two countries.

The importance given to the bilateral relations is further illustrated by the fact that Cameroon is the first destination on the first trip to Africa since his re-election for a second term at the Elysée Palace last April. The three day visit of the French President marks the start of a sub-Saharan Africa tour.

So far, all necessary dispositions have been taken to give the visiting Head of State an official reception at the Yaounde Nsimalen International Airport marked by a review of the troops and the singing of the National Anthems of both countries.

The French leader will also be received at the Unity Palace by the President of the Republic of Cameroon for high level exchanges that will be crowned by an official dinner and a press conference.

During his stay in Cameroon, President Macron will also make a stopover at the French Embassy in Yaounde to meet French Nationals resident in Cameroon and will also meet other dignitaries at the Tongolo residence of the winner of the 1983 French Open, Yannick Noah; French former professional tennis player and singer.

Magnifying Over Six Decades of Cooperation

Cameroon and France enjoy established diplomatic relations in 1960 upon independence of Cameroon, however both countries maintains long-standing ties that date far back to the First World War when 4/5 of territory was administered as a trusteeship territory under the League of Nations and Subsequently under the mandate of the United Nations till independence in 1960.

Since the establishment of diplomatic ties, leaders of both countries have regularly paid exchange visits at the highest diplomatic levels.
The visit of President Macron offers another opportunity for both Heads of State to revive the strong ties binding Cameroon and France in a spirit of mutual respect and understanding.

Partnership between both countries covers a wide range of areas with France being Cameroon’s strategic partner and traditional. In this regard Cameroon has benefited from France’s assistance to its development efforts.

France is also firmly committed to assisting Cameroon in its fight against the Boko Haram jihadist group, terrorism in the North- West and South-West regions, and cross-border crime.

The visit of French President, Emmanuel Macron comes at a time that global economies are still under the weight of the devastating effects of the COVID-19 health pandemic, and the war between Russia and Ukraine.

Both situations have prompted a new economic recession and threaten food insecurity in Africa. Added to these menaces are terrorism threats that are rampant in various parts of the continent. It is expected that both leaders will discuss on ways alleviating the challenges of prompted by these global situations.

Cameroon has not been spared of these global challenges as the country is still struggling to contain the crisis in the North-West and South-West regions, as well as sporadic incursions by the Boko Haram terrorist sect in some localities in the Far-North Region.

Multifaceted French assistance has helped Cameroon handle some of these challenges and propel its economy towards emergence banking on its National Development Strategy 2020-2030 (NDS30) for the building and consolidation of development.

The programme seeks to improve the living conditions of the people, strengthen peace, national unity and territorial integrity, stimulate and transform the economy in order to achieve the country’s emergence by 2035, strengthen innovation and combat all forms of exclusion.

In her relentlessly pursuit to reduce poverty and embrace modernity, Cameroon has made significant progress in the domains of education, health, the social advancement women and young people, social infrastructure construction, and democratization, particularly through the consolidation of decentralization.

The persistent insecurity in the Lake Chad Basin and the Gulf of Guinea is a major concern to both countries and pundits are of the opinion that the President Macron’s visit will open new avanues for support for especially to plans to rebuild the crisis-affected North West, South West and Far North regions and to strengthen the decentralization process.

*First Presidential Visit since AFCON 2021*
The President of France, the world’s sixth largest economy and a founding member of the European Union, as well as a permanent member of the United Nations Security Council, the G7, and many other State groups is the first European Leader to pay an official visit to Cameroon since the successfully hosting the Africa Cup of Nations tournament in early 2022.
The continental Sports jamboree saw the construction modern, high- quality infrastructure which stands as a source of pride for the great sporting nation.

President Emmanuel Macron’s visit to Cameroon comes that of his Predecessor François Hollande who visited Cameroon on July 3, 2015. President Paul Biya’s last official visit to France was on July 24, 2009. However, the Cameroonian leader has been to France during Emmanuel Macron’s presidency, President Paul Biya to attend international meetings such as the One Planet Summit held in Paris on
December 12, 2017, the Paris Peace Forum in November 2019 and the Sixth Replenishment Conference of the Global Fund to Fight AIDS, Tuberculosis and Malaria which took place in Lyon from October 9 to 10, 2019. 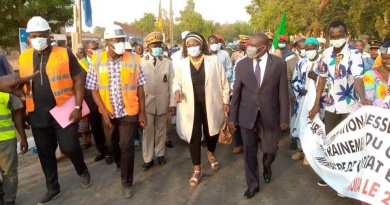 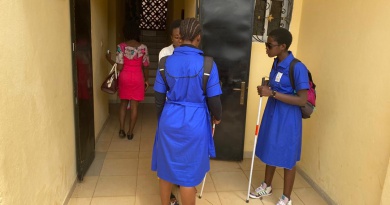