Over the past 18 months, the Presidential Plan for the Reconstruction and Development of the North-West and South-West Regions has rehabilitated 20 health centres which now attend to more than 5000 patients monthly.

It has also constructed 19 water points which have given access to potable water to over 170,000.

The report of activities was presented during the 4th session of the steering committee of the Presidential Plan for the Reconstruction and Development of the North-West and South-West Regions chaired by the Director of Cabinet at the Prime Minister’s Office, Balungeli Confiance Ebune, Chairman of the Committee.

Holding at the Auditorium of the Prime Minister’s Office on Friday, July 8th, 2022, the session was attended by the Regional Governors and Presidents of the Regional Assemblies of the two regions amongst other state dignitaries and those of the United Nations Development Programme, UNDP.

The steering committee which is strategic organ of the plan adopted the 2022-2023 action plan. It also examined and validated the activity report as of 30 June 2022, reviewed the financial situation and funding prospects as well as a situational report on socioeconomic activities.

The implementing partner of the Presidential Plan for the Reconstruction and Development of the North-West and South-West Regions, the UNDP Resident Representative, Jean Luc Stalon detailed activities carried out in the last eighteen months in both regions and results obtained.

According to the National Coordinator, the activities carried out sought primarily to promote social cohesion, rehabilitate essential infrastructure and revitalise the local economy.

(i) The reconstitution of over 800 lost documents,

(iv)  The reconstruction/equipment of 5 multi-purpose centres for women and youths.

(i) The rehabilitation of nearly 30 schools which accommodate more than 7,000 students

(ii) The rehabilitation of 20 health centres which now attend to more than 5000 patients monthly,

(iii) The construction of 19 water points which have given access to potable water to over 170,000 people,

(iv) The rehabilitation of community centres.

Revitalisation of the Local Economy

(i) The supply of materials and equipment to more than 2,400 farmers and fishermen

(ii) The support for 47 cooperatives

(iii) The support for the rehabilitation of 5 community credit unions

(v) Rehabilitation of many businesses

(vii) The construction of “greenhouses”

The National Coordinator of the Plan, Minister Paul Tasong expressed satisfaction with work done explaining that the activities were carried out in a volatile security situation and of insufficient funding mobilized.

He added that as of June 30, 2022, the PPRD-NW/SW has received a total of 11.9 billion FCFA, resources of which 75% come from the Cameroonian Government.

The other donors are Japan, the private sector and the UNDP.

The second contribution from the Government of Cameroon will be made available to the UNDP during the current budget year, he added.

Paul Tasong said negotiations are ongoing with other bilateral and multilateral partners to source funding for the plan initially estimated at 89 billion FCFA.

He saluted Japan’s initiative to continue assisting in the second phase. He said they are waiting on the pledge made by the government of France to support the plan.

The recovery phase of the Plan which consists of the activities planned to promote social cohesion, rehabilitate essential infrastructure and revitalise the local economy will continue with the interventions and an expansion of councils and beneficiary populations increased, depending on the level of resource mobilization.

According to the National Coordinator, insecurity in the North-West and South-West regions has had severe economic and social consequences locally and nationally.

In 2018-2019, a general slowdown or even a complete halt of certain branches of economic activity was observed in the two regions.

The crisis also forced locals to relocate, the supply of basic social services  including education, health, electricity, water deteriorated and the economic fabric was disintegrated.

The socio-economic impact of the security crisis in the North-West and South-West regions eased in 2020 though socio-economic recovery indicators remain below their pre-crisis level.

Economic and Social Recovery In 2021

– The upturn in activity observed in 2020 continued in 2021, with a much more pronounced improvement in the South-West.

– The mobilization of tax revenue has accelerated in the two regions in 2021, as has the volume of transfer of resources to regional and local authorities and the rate of physical execution of the PIB.

– The increase in the level of school attendance recorded since 2020 in the two regions increased in 2021.

– A significant dropout from school has been induced by the crisis, with notable risks in the medium and long term on the professional and social integration of out-of-school young people.

– The number of operational health facilities is increasing in both regions, with a much higher reopening in the South-West. However, there is a shortage of health personnel recorded in public establishments.

– A high concentration of internally displaced populations is noted in the Fako and Mezam Divisions.

– The strengthening of support from the PPRD-NW/SW and other Government projects is felt in terms of support for production, reconstruction of school and health infrastructure, and promotion of social cohesion.

(i) Consolidation of the economic recovery;

(ii) Improvement of the supply of social services 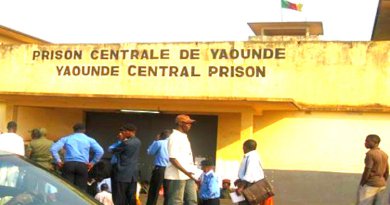 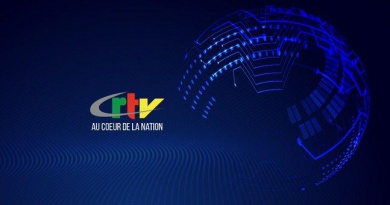 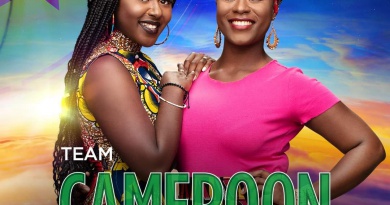