Works to give a facelift to the Yannick Noah Village in the Tongolo neighbourhood of Yaounde have continued this Sunday July 24, 2022. The village will constitute one of the side attractions of President Macron’s visit to Cameroon.

The French Ambassador to Cameroon, H.E Christophe Guilou has also been inspecting ongoing preparations on the site which promises plenty of pleasant surprises including a musical concert for the visiting French President.

The access road, broadly upgraded walls and lawns well kempt and painted to the satisfaction of experts controlling the renovations. At the main entrance, the Cameroonian and French flags are floating side by side, symbol of the great historic ties between both countries. The French President, during his working visit will be passing by, so the preparations are up to standards.

The different components are all alive and continue to receive facelift touches to the proportion of the event, personalities and context. The Yannick Noah Village remains a shiny symbol of the Franco – Cameroonian expression, exchanges and presence in Cameroon. The French Ambassador to Cameroon, H.E Christophe Guilou was at the Noah Village even before midday this Sunday to size up the preparedness of the place for this historic event.

Yannick Noah is 1983 winner of the French Open. The French former professional tennis player and singer was later the captain of both France’s Davis Cup and Billie Jean King Cup teams.

Born to a Cameroonian father in Sedan in the Ardennes on May 18, 1960, Yannick Noah is one of the highest-ranked French players at the ATP (no. 3 in July 1986) and the most successful in singles with 23 titles.

He is son of the late Cameroonian footballer Zacharie Noah. He is also the father of French basketball player, Joakim Noah.

During his sporting career, he notably won the Roland-Garros tournament in 1983, which made him the only French player to date to have won a Grand Slam tournament in the Open era in men’s singles.

He is a member of the International Tennis Hall of Fame since 2005.  Yannick Noah took over the post of captain of the French Davis Cup team in September 2015, succeeding Arnaud Clément, and led the French team to the final victory in 2017.

In December 2016, he succeeded Amélie Mauresmo by once again becoming captain of the French Fed Cup team until April 2018.

He began a career as a singer in 1991, and devoted himself full-time. He however had a break from 2015 to 2018, when he took over the captaincy of the French Davis Cup and Fed Cup team.

He sings Reggae, World, Variety and Ballade. He has so far released eleven albums. Some of his singles release over the years include: Saga Africa released in 1991, Donne-moi une vie in 2006, Todo Esta Bien in 2019 and Encore temps in 2020 amongst several others.

Following the death of his father in 2017, Yannick Noah, who has always had strong ties with Cameroon, succeeded him at the Etoudi village of about 5,000 inhabitants. 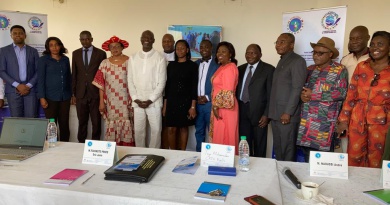 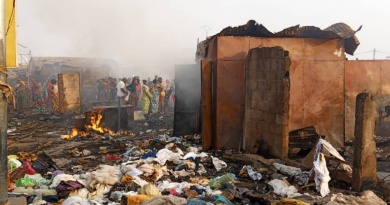 Ekounou Fire Incident: A great portion of the market goes down in flames