It’s about 2pm on a Thursday afternoon in Yaoundé.Welcome to the Yaoundé Central Hospital theatre where free surgeries are being performed for people suffering from prostrate problems and Obstetric Fistula.

The Cameroonian Association of Urologists has organized the free surgical campaign ahead of the first ever congress of Cameroonian Urologists scheduled for September 21-22 in Yaoundé.

The surgeries which would normally cost between FCFA 400,000-500,000 are done free of charge. About 15 patients with prostate problems and Obstetric Fistula will benefit from the campaign.

Crtv Web is among the few media organs that are welcomed into the theatre to take  images of the ongoing campaign.

A 17-year-old patient lies on the surgery table, back down and arms outstretched. He is all covered with the green theatre clothes and has his legs completely spread out. The patient is quite awake and occasionally discussing with the anesthetists sitting close by.

The surgery will be performed by the lead surgeon, Dr. Achille Aurelle Mbassi. He is surrounded by 9 other Urologists and two anesthetists, all clad in surgical gowns. The theatre has an all-green look.

Minutes before the surgery begins, the lead surgeon gives us a description of the patients condition “This pathology is called Urethral Stricture . It is the narrowing of the lumen of the urethra. The patient has a trauma in the perineum region and is unable to urinate. Now we will do everything to get him be able to pass out urine normally”, he says.

Pointing to the monitor in the theatre , Dr. Mbassi says “But we had to do a medical exam called Urethrography to assess the urethra and know which type of technique we will use”. An x-ray of the patient’s condition is displayed on the monitor.

As the lead surgeon begins the process, he tells us the surgery will last between 1:30mins to 2hours . In the meantime, assisting surgeons are getting set to receive questions from student doctors watching the procedure in the conference hall of the hospital. We are told the student doctors are too many to be admitted into the theatre.

Dr. Achille begins the surgery and occasionally slows down to respond to questions coming from the student doctors or concert with the other surgeons. This will take place for almost two hours, and the surgery is over.

The lead surgeon now invites the anesthetists to take the patient to the reanimation ward where he will be closely followed up during recovery.

As Dr. Mbassi steps out of the theatre, he meets a few journalists earnestly waiting to have a response to how the surgery went.

Dr. Achille says the surgery was successful. He explains that an
anastomotic urethroplasty was performed on the patient.
“It’s a surgery we do on a patient who has a urethral stricture. He has got trauma of the perineum region. Two years ago he had the trauma and was obliged to go through a Suprapubic catheterization procedure. The surgery we have done today was intended to reestablish continuity between the two parts of the urethra. We inserted a urethra catheter that we are going to remove after one month and the patient can urinate normally”, he says.

It’s about 4:30pm, and the surgery is now over. The surgeons have to retire home and prepare for the surgeries on schedule the next day.

The free surgical campaign which will go on till September 19, 2022 is supervised by the Director of the Yaoundé Central Hospital, Prof. Pierre Joseph Fouda. 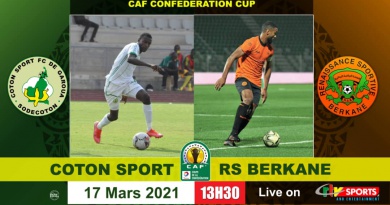