The late Minister Delegate at the Ministry of Agriculture and Rural Development, Clementine Ananga Messina, has been described as a knowledgeable official whose departure will be felt deeply.

Prime Minister – Head of government; Joseph Dion Ngute made the statement at the Yaounde General Hospital as he represented the Head of State at the confining of the departed government official.

The coffining, which is part of the official funeral for Minister Clementine Ananga Messina was attended by members of government, friends and relations of the deceased. Members of the Cameroon People’s Democratic Movement, CPDM party were also present to bide farewell to one of their members.

Tributes and prayers have continued in honour of the Minister Delegate in the Ministry of Agriculture and Rural Development, who died last August 5, 2022.

It was an emotional moment for members of government, family and friends of the deceased who turned out for the confining ceremony.

A requiem mass was organized after the confining ceremony at the Minor Basilica in Mvolye with prayers offered for the peaceful repose of her soul.

The late Minister  Delegate at the Ministry of Agriculture and Rural Development, Clementine Ananga Messina has been raised to the dignity of grand officer of the order of valour.

She was conferred the title posthumously by Prime Minister Joseph Dion Ngute, representing the President of the Republic during the official funeral which preceded her burial.

The official burial ceremony took place in Zima village in Lekie Division, of the Centre Region.

The States woman was laid to rest this Saturday September 24, 2022 in the land of her ancestors.

Ananga Messina née Beyene Clémentine Antoinette was born on March 15, 1959.
She began member of Government on June 30, 2009 as Minister Delegate to the Minister of Agriculture and Rural Development. She held the position for 23 years till her passing to glory. 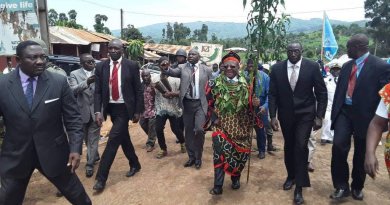 PM in Bamenda: Head of government begins a four day peace mission in the region 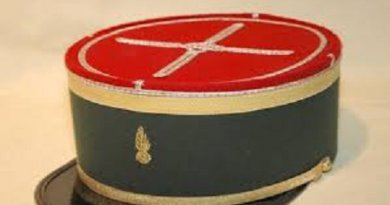