The Justice Department of the United States of America has begun persecuting holders of American citizenship who perpetrate and sponsor of acts of terrorism in Cameroon.

The first set of suspects are three American of Cameroonian orgin.

They were arrested and presented before the court Kansas City, Missouri, USA on charges of Kidnapping Cameroonians, Demanding Ransoms from U.S. Relatives to Fund Separatist Militia Groups in Cameroon.

The defendants, Claude N. Chi, age 40 is a resident of Lee’s Summit, Missouri while Francis Chenyi, 49 is of St. Paul, Minnesota and Lah Nestor Langmi, 46 year is of Buffalo, New York made their initial court appearances this Tuesday, November 29, 2022.

Their indictment was unsealed and charges readout which includes their roles in a conspiracy to provide material support or resources to, a conspiracy to kidnap persons and use weapons of mass destruction in a foreign country.

According to the four-count indictment Chi, Chenyi and Langmi have supported and raised funds for separatist fighters in Cameroon since January 1, 2018.

They are alleged to each hold senior level positions within an organization that supported and directed the militant separatist group known as the Ambazonian Restoration Forces and other separatist fighters in Cameroon’s Northwest Region.

The court has also opened a line for anyone with information to provide to facilitate the investigation.

Some residents of the North West Region who have been victims of molestation from the armed group expressed joy and the involvement of the American justice department stating that the and of the crisis in imminent.

Arrest of Other Separatists Looming

American Based Barrister at Law of Cameroonian origin, Emmanuel Nsahlai explained the American Justice department is responding to a complaint filed against American based sponsors of armed groups operation in the North West and South West Regions.

He said the FBI has already carried out investigations in Cameroon and other arrests of the main leaders are expected in the days ahead.

Barrister Nsahlai pointed some of the atrocities of the armed groups operating in the two English speaking regions of Cameroon including the Kidnapping of the Late Christian Cardinal Tumi and other persons, destruction of public and private property, killing of civilians and forces of law and order among others.

Youth Day: Some Young People Who have Made the Cameroon Proud 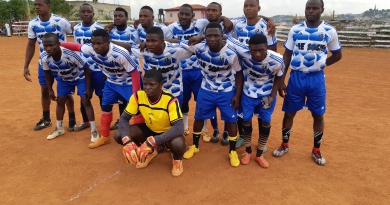 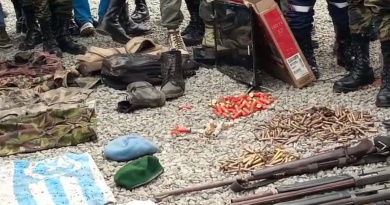