Cameroon’s security situation has come under review at a high level security meeting on at the Ministry of Defence.

Holding in the build up to end of year festivities, the meeting was chaired by the Minister Delegate at the Presidency in charge of Defence, Joseph Beti Assomo this Monday December 5, 2022.

It comes on the heels of the arrest of some secessionist leaders in the USA.

The Minister praised frank collaboration between the United States of America and Cameroon which led to the arrests of the leaders.

He however regretted that Secessionist fighters have continued with their activities with the shooting of 2 school children in Wum, Menchum Division of the North West Region in mid November.

The Minister also pointed out that extremist attacks by boko haram terrorist group in some localities of the Far North region resumed.

The recent bombings in the Central African Republic border town of Bossongoa near Cameroon’s Eastern borders are preoccupying, he said.

During the end of year period, focus of the Defence forces will be on stopping the migration of violent groups and terrorist activities, ensuring road security and fighting armed robbery.

The security meeting sort to reorganised and galvanise security services and reactivate security measures that the guarantee the protection of people and property during the end of year period and also the preservation of territorial integrity.

Minister Joseph Beti Assomo commended the arrest of some separatist and persecution leaders in the United States of America and called for further action against others including those in Europe and other parts of the world.

He saluted the collaboration between the populations of the two regions with Defence and security forces which has resulted to a series of successful military operations on the ground.

Directives and orientations to ensure fun-filled end of year festivities were given to the respective authorities. The meeting will be sanctioned with a detailed report on deliberations forwarded to the President of the Republic for further instructions and prescriptions. 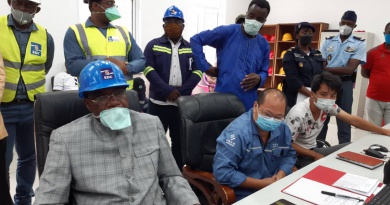 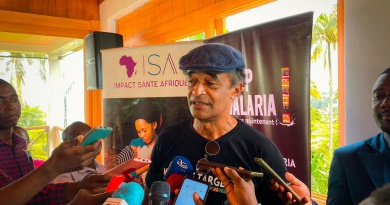 Malaria : Yannick Noah to advance fight against the disease